We place campers in cabins by the grade that they have just completed. The cabins are then split up into Tribes, which are like mini camps of boys who are close to the same age. There is a head counselor in every tribe who is responsible for those boys and their counselors. They get a chance to visit with older or younger boys during free time, some evening programs, and weekend games.

In 1924 Camp Carolina was started by Professor David Meade Bernard who was Co-owner and Director of Camp Carolina from 1924 – 1945. Back then the four tribes were known as Mites, Midgets, Juniors, and Seniors. They later got changed to the what we use today, all named after water lizards. The tribes below represent the different age groups by grade starting with kindergarten, the Newts and going up to 8th grade, the Mollyhuggers, and our high schoolers, the CA’s. 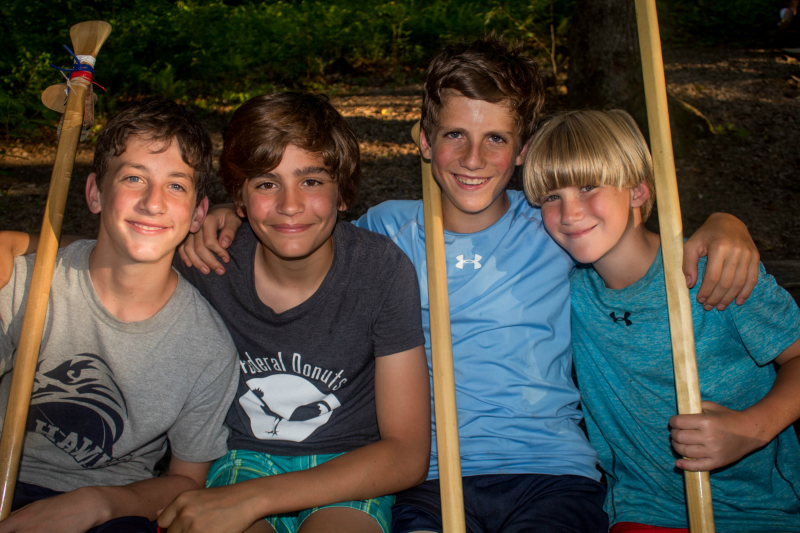