In 1924 Camp Carolina was started by Professor David Meade Bernard who was Co-owner and Director of Camp Carolina from 1924 – 1945.

The original property consisted of a small lake, an apple orchard, the Siniard’s home (Camp Carolina property owners at the time), a log cabin, and the farm land which became the golf course.

In 1924, the first summer, the 100 boys in attendance stayed in tents on wood platforms. The season started July 3rd and ended August 17th. The second summer 200 boys attended for 8 weeks and 105 for 4 weeks – a full camp! Thirty-two new cabins had been built by 1925, plus a dining hall and a gym. Lodges were added later.

In 1958 Joe McConnell, owner of camp at the time, felt it was apparent the camp had to have a full-time director and manager. Nath heard in the spring of 1959 that Camp Carolina was looking for a full-time director. Nath reached Joe McConnell in Florida and after a short telephone conversation Nath and Mary were asked to come to Florida for an interview. Shortly thereafter he was employed and came to work in May 1959. 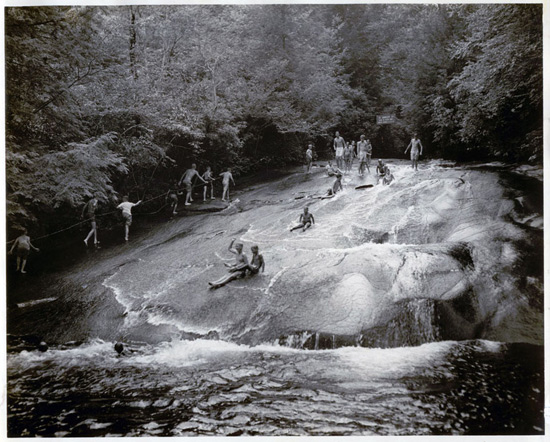 Nath was the director and general manager from 1959 – 1982. In 1982 James Gerald Stone became co-owner and co-director of Camp Carolina with Nath. This was the last year that camp was operated on the old campsite. All the camp buildings were moved from the old camp to the current location, it was a tremendous undertaking. The following buildings were put on sleds and pulled by tractor over the ridge (currently known to all as Bulldozer) to the new property: 34 cabins, the office building, the rifle range, craft and nature shop, and two cook’s cabins. Altogether a total of 51 buildings were moved, each one for a total of 2 miles on a sled.

Those who knew the old site feel that the new, current location is one of the prettiest spots in Western North Carolina.

Camp Carolina’s first newspaper was published in 1924. The paper was called the Carolina Camper and was published only during the summer months. The paper stated “it was published during camp for the promotion of a unified camp spirit.” It also reported that the camp emblem was a shield that had a white “C” and a border of navy blue. The “C” stood for courage, character and consecration as well as Carolina. The 1938 newspaper said that “the John Jordan family had sent more sons to Camp Carolina than any other family.” Since that time another family has topped that record. Mr. and Mrs. Bill Hannon, Nashville, Tennessee have sent all 5 of their sons. Here is their remarkable record:

The long standing relationship with the Hannon’s and Camp Carolina continues. Bob Hannon’s son, Ivey Hannon, attended his first summer here in 2008 and has returned each year since where he attends our 4 week main session in July.

A history of Camp Carolina would be incomplete without something about Joe Siniard and his store which was located next to the camp property. Usually one of the counselors sings a song at the last campfire entitled “Talking Camp Carolina Blues.” The last verse goes like this:

“If you want to get to heaven, everybody knows

You go to Brevard and take a left at Joe’s

You drive down the road and pretty soon

Your car gets drenched by a water balloon.

And you know you’re there – heaven – better known

“Many changes have happened since Nath’s first summer at camp, but Camp Carolina still has one defining mission: to be a valuable factor in a boy’s complete development.”

It is because of this history and Nath’s great leadership that we set up the Nath Thompson Scholarship Fund. Boys are hand-selected by a board and chosen by their “True Gentlemen” character. We hope all boys that come through this program go back home stronger in body, keener in mind, more appreciative of nature, nobler in character and more confident in themselves. 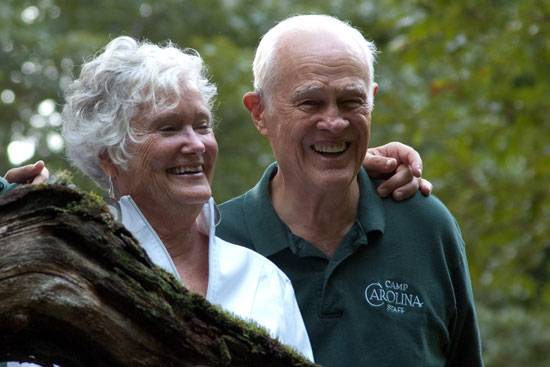 The program has been set up through the North Carolina Community Foundation.

You may make a tax deductible donation to the Nath Thompson Scholarship Fund today by either sending a Check or clicking the “Donate Online” link below to enter your Credit, Debit, or PayPal information.

Be sure to write Nath Thompson Scholarship Fund under “name of fund you wish your donation to benefit”. 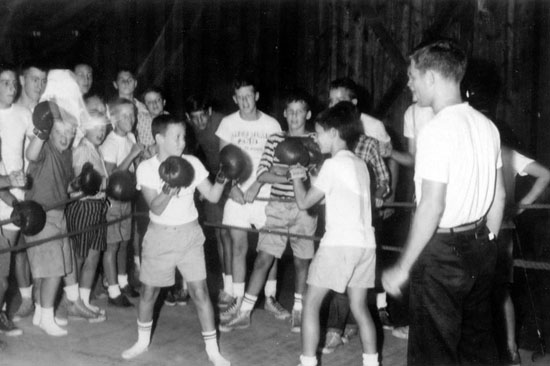 Please send us your old Camp photos or go to the CCB Facebook page and upload them, tag yourself and your friends